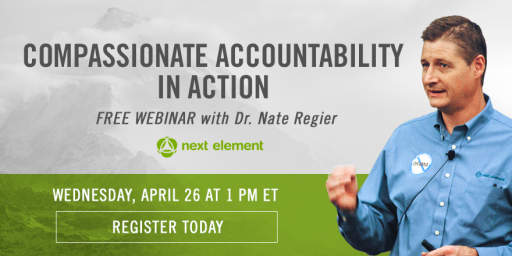 Join us on April 26 at 1 pm ET/5 pm GMT/19:00 German time, as Becky Robinson hosts Dr. Nate Regier for this special one-hour webinar event, explo­ring the lessons of his book, Conflict Without Casualties.

Conflict is a word that carries negative conno­ta­tions for many. We avoid conflict, abhor conflict, and see conflict as a major stress. What if you could trans­form conflict to bring positive change in your relati­ons­hips? Over the past year, in prepa­ra­tion for releasing a new edition of Conflict without Casual­ties, Dr. Nate Regier has been collec­ting data about how people respond to and view conflict. In doing so, and in talking with people who are imple­men­ting the concepts in his book, Nate has disco­vered some surpri­sing and amazing ways the concepts of Compas­sio­nate Accoun­ta­bi­lity are influ­en­cing people around the world. Join Nate Regier and Becky Robinson as they discuss new data about people and their relati­onship with conflict, and explore real life stories and examples of people imple­men­ting the concepts from Conflict without Casual­ties in their work and life.